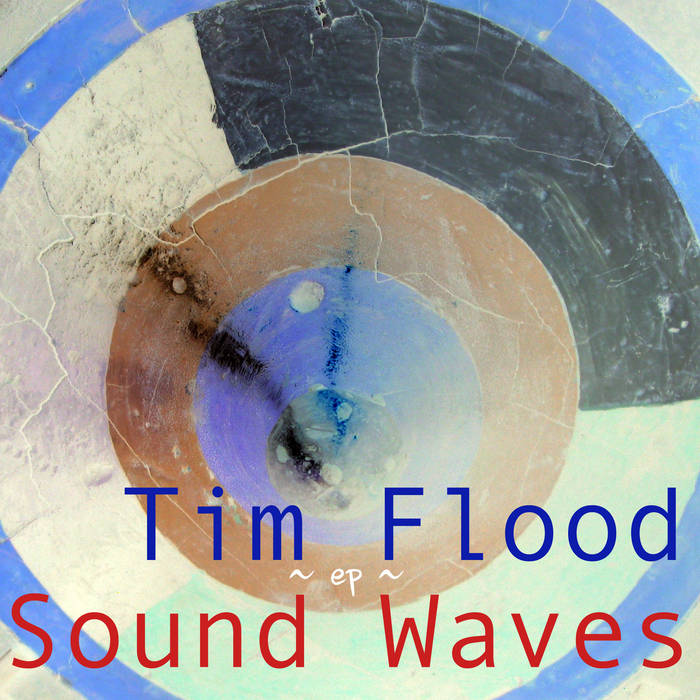 Sound Waves is a three song EP that I released in 2013. Although the songs were not originally written together or with the intention of being released as a thematic sequence, I feel that they do actually relate and flow very well from one to the next. The EP begins with the refreshing medium tempo title track, after which things mellow out considerably over the next two songs. A start to finish listen of the sequence is a great way to wind down at the end of the day, or any time one might want to chill out with some music that warms the heart and inspires the soul.

The first song is Sound Waves. My friend Saba and I wrote the lyrics over the course of many days in 2013 and all completely via text messages. I later composed the music and put the recording together. I decided that I did not want to release this song as a single and so I added the other two songs to create this EP. The other songs had both been recorded before the title track, but were previously unreleased. During this period in my life I was often performing solo with a Boss RC-50 looper pedal. This enabled me to perform a song like this live, with the drums and bass, but actually playing all of the guitar parts and looping them as the song progressed. This type of music making, by its very nature, often ends up being quite repetitive and as such this song features little variation. Instead it relies on the constant addition (and sometimes subtraction) of small musical motifs to create subtle variety and add more energy as the song progresses. What I really like about this is that it gives the lyrics a solid foundation. I also feel it draws the listener to give more attention to the lyrics and the space to interpret them.

The second tune is an instrumental entitled Charlie's New Fountain. It began taking shape one day while I was visiting the home of my friend and guitar student Laura. I had my guitar in hand and was waiting for her to finish up whatever it was that she was doing before we began her guitar lesson. Charlie was there too. Charlie is Laura's pet turtle. He had just that morning been given a new water fountain in his terrarium. It made a pleasant, soothing, water-splashing-gently type of sound and I spontaneously started playing the main riff of this tune along with the water sound. A relaxing way to kill some time before the lesson. I later composed the various parts of this song using the Boss RC-50 looper. This was quite helpful as I could freely experiment with the various guitar and keyboard counterpoint parts in this relaxed recording environment that felt more like jamming as opposed to trying to get "keeper" takes in a more serious "studio" environment such as when I have the preamps warmed up, the laptop out with a DAW open and microphones everywhere. Once I had all of the parts how I liked them with the looper, I programmed the drum tracks in the DAW (I believe it was Presonus' Studio One) and finally separately recorded all of the guitar, keyboard and bass takes along with the drums. This song was completed in 2012.

The third and final cut, Receiving, is a peaceful, meditative song that I wrote in the middle of a new moon night while I was living with the La'akea Community on the Big Island of Hawai'i in 2009. There were no electric lights in my quarters, which was a large semi-permanent tent structure in the middle of the jungle, but even though it was the darkest night of the moon cycle the amount of light from the stars was incredible. I remember standing in a serene starlit clearing in the wee small hours, marveling at and positively steeping myself in the shower of luminous starlight pouring down. Totally cosmic. Filled with awe, gratitude and "receiving" so much peace and feeling so much love while being bathed in this blessed light.

This recording of Receiving was made in 2010 in Encinitas, CA. Besides my initial guitar part, I overdubbed a few keyboard parts in the recording. Two rather subtle synths are there along with an electric piano which was an early 70's Fender Rhodes that was on loan to me from my friend Kris. The deal with the loan was that if I finished up the refurbishment of the Rhodes that Kris had started, then I could keep it for as long as I wanted. This turned out to be a good, long time that I got to spend with this lovely instrument. Thanks Kris! The track features performances from two of my friends: Michael Joseph Ferguson doing some acoustic guitar "feathering" (as he calls it) and playing a gorgeous solo which serves as the song's bridge. This bridge section is also where the Rhodes piano is featured most prominently, but in a supporting role. Troy Page adds some grounding ambience to the second half of the song with his deeply-toned, delightfully droning didgeridoo. This track is slow paced, super-spacey and has been known to induce dream-like states in the listener. Please use caution if you are operating a vehicle or other machinery while listening to this song! No joke! On the other hand, it may also be a nice antidote to gridlock traffic. At the culmination of the piece the attentive listener may find themselves richly rewarded with a deep sense of peaceful lucidity and a renewed spirit. Your results may vary, of course.

There we have it, three songs inspired by three things we all cannot do without: Love, water and light. May this music bring harmony into your life and inspire you to live your version of your fullest life. Enjoy!