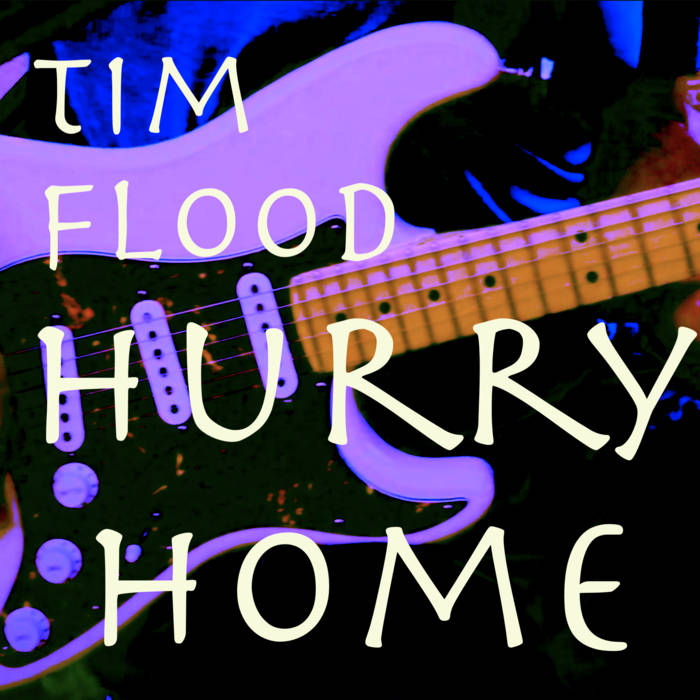 Hurry home is quite possibly my most favorite lyrics that I have ever authored. I don't recall exactly when or where I wrote them. The earliest mention of the song that I can find in my archives is on a set list from April 8, 2011 for a gig in Encinitas, CA. Ostensibly, that date was the first time the song was performed as well. In live performances this song has had many iterations encompassing a few different genres. But the version heard here is pretty much the one I like. I do prefer it with a live drummer but the recording presented here is actually the audio from a live solo performance during a video shoot. And it is a very good take. There is no comping of takes or overdubs in either the audio or video. It was all recorded in a single continuous take. The set for the shoot was the backyard of a private home in Encinitas, during the colorful light of the sunset on an early summer's evening. The video was captured and edited by my good friend Troy Page. The video was released on my YouTube account on the last day of July in 2017.

The drum loop was created on my laptop and loaded into a TC Electronics Ditto X2 looper pedal and played along with my guitar part through a heavily modified 1960's Kalamazoo Model 2 tube guitar amplifier. The guitar I played is a 2013 Fender American Standard Stratocaster. I have played hundreds of and personally owned many dozens of Strats over the years and out of all those guitars, I only qualify four of them as "good ones". I owned three of those four. The strat used on this recording is one of the good ones and unlike the other two that are long gone, I intend to keep this one! Most likely. LOL

So there we have the back story for my song Hurry Home. I cannot explain the song itself any better than the lyrics can. So give it a listen, read the lyrics, kick back, relax and enjoy!

A tiny light, a feeling like
A maze of possibility
In giving back, acceptance of
This bright eternity

Into Mother's sweet embrace
Indelible, without a trace
Love that does regenerate
Exactly what we need