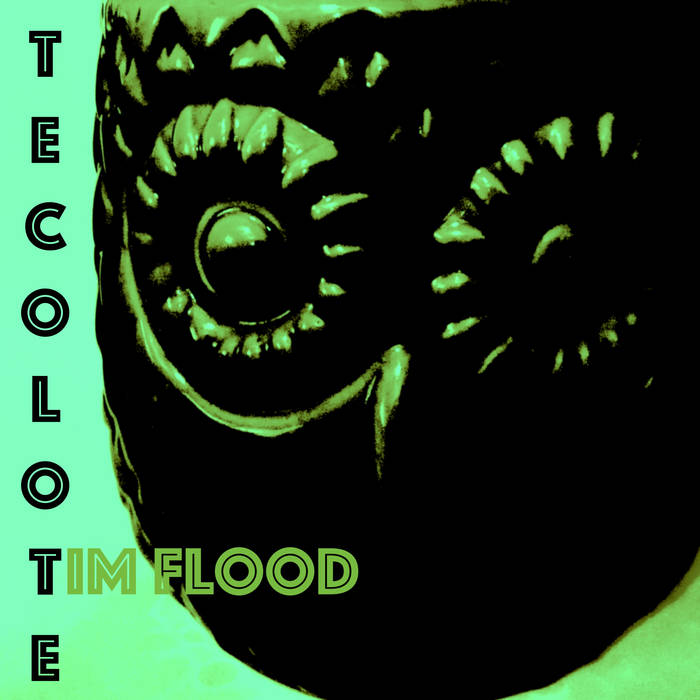 Here's a track with a lot of cool electric guitar work and trippy guitar effects. Tecolote came about in 2009. I was living in Leucadia, CA right on Vulcan Ave, just a few doors North of Leucadia Blvd. I was single and pretty much all of my free time when I wasn't surfing was spent playing guitar non-stop. I remember sometimes I would wake up late on a Sunday morning and start playing guitar and after what seemed only a little while I would get hungry and venture out of my room only to discover it was already dark! It was not uncommon for me to put in 6 to 10 hours of guitar playing in a day. This period of my life was when I finally felt like there was a possibility that I might get good at guitar. But I digress...

I had this Line 6 AX2 guitar amplifier that my brother Kevin no longer wanted and had given to me. I wanted to try it out for recording tracks directly into the computer. And I mean directly. I plugged a 1/4" stereo cable in the amp's stereo/headphone out and plugged the other end, with an 1/8" adapter straight into the sound card of my G4. The drums are all loops and the bass, synth parts and bells are all software instruments that I played with a midi controller. All of the guitar work is improvised. I just kept layering it on until it felt done, ran a mix and called it good. The guitar used on all tracks is a G&L Tribute S-500. Amp modeling was as follows:

stereo - synth-like sound entering at 00:30 is clean blackface with auto-volume swell and chorus

left channel - Line 6 clean with ring modulation, the wah pedal was set to sweep the modulation

There's a touch of reverb and some compression across the buss to pull it all together. It was fun to record this and I really ended up loving this track. It has a spooky, industrial rock vibe to it. I named this tune for my buddy Bill Meyer's now-defunct guitar shop, Tecolote Guitar Works, as I happened to be wearing one of the shop's t-shirts when I was creating this track. Bill's shop is also where I bought the aforementioned guitar that was used on this recording. Bill used to be the head luthier at Buffalo Bros. Guitars in Carlsbad, CA and I used to go in there (for years) and pester him with endless questions about instrument repair. He would graciously answer all of them and I learned a tremendous amount of knowledge from Bill. He's a great guy. He now handcrafts high-end traditional American style acoustic guitars in Prescott, AZ under the moniker Jack Straw Guitars. Give his instruments a look!

The word tecolote is Spanish for owl. When I hear this music and think about owls my mind turns to robot owls swooping through dark skies on Halloween. Kind of like Bubo from Clash of the Titans, but more sinister looking. What do you see?